The owner of Crystal Clear Pool Co., Steve Hood, grew up in Victoria, Texas, 40 miles from the Gulf Coast between Houston and Corpus Christi. His father Danny, owned and operated Coastal Area Pools there for over 25 years. “Daddy never really had much competition,” says Steve when asked about his father’s company, “Several franchise and national pool companies tried for several years to come in, but they’d give up each time because they just couldn’t compete with Dad’s reputation. He never had to advertise, his pools were all built by referral from happy customers. He’d say, "if you do your best to make every customer happy, you’ll never have to advertise." And he was right. We haven’t advertised in years, and we get a lot more work than we can do. Referrals pour in and we just have to turn some down. 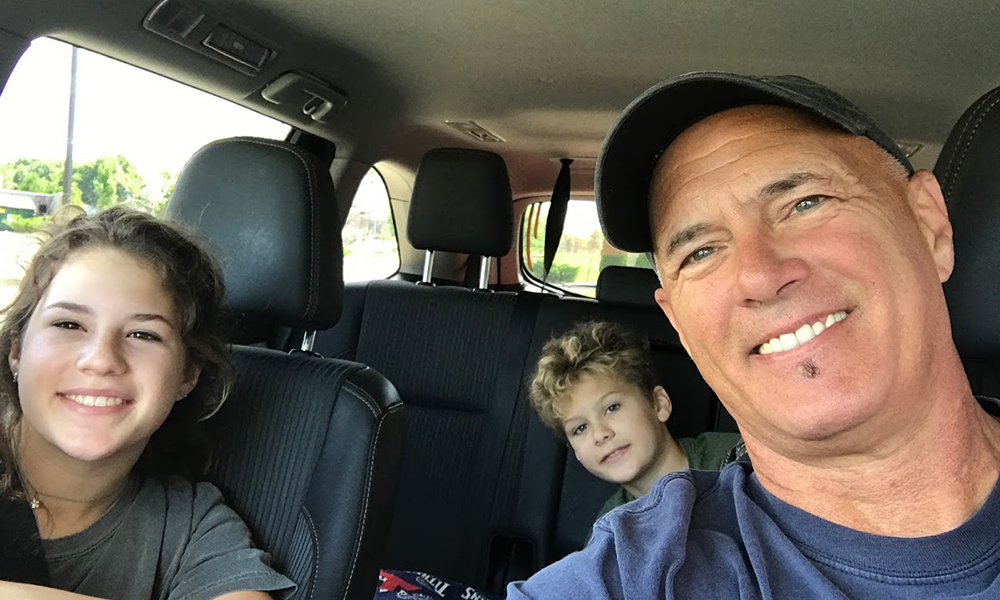 Steve worked for his dad on weekends and in summers from the time he was 12 years old and was full-time and running crews at the age of 18 in every phase of the pool building process. Steve recalls, “We started in fiberglass walls with concrete bottoms, but after a couple of years changed to gunite after my dad’s banker suggested he deal with high-quality long-lasting products only. It was extremely hard work. We were bending steel, swinging sledge hammers and picks, working concrete and gunite and plaster. There wasn’t  a whole lot that was easy about it unless maybe you might have to dive in one that was finished to get something out of the bottom that had fallen in. Not to mention most summers in South Texas it would get over 100 degrees a lot of months.”

After 12 years of working with his father’s company, Steve struck off on his own in Austin, Tx, building for other companies such as Highland Pools and Austin Pools, and eventually moved to Ft. Worth, Tx where he had the opportunity to buy a twenty year old pool company called Mid-City Pools. He built pools in the Dallas-Ft Worth area over the next ten years and sold the successful company (which is still building and servicing pools) to pursue a music career in Nashville. After a brief seven year stint that produced a somewhat successful  songwriting career, Steve decided to get back into the pool business and started Crystal Clear Pool Co. in 1998. “I had several album cuts and some real close calls with people like Garth and Alan and Chesney, but I had a family to support and at some point you have to get back to what you know and love best. People always ask me, how’d you do in the music business and I always say, ‘well I’m building pools aren’t I? That kinda answers that question!’” 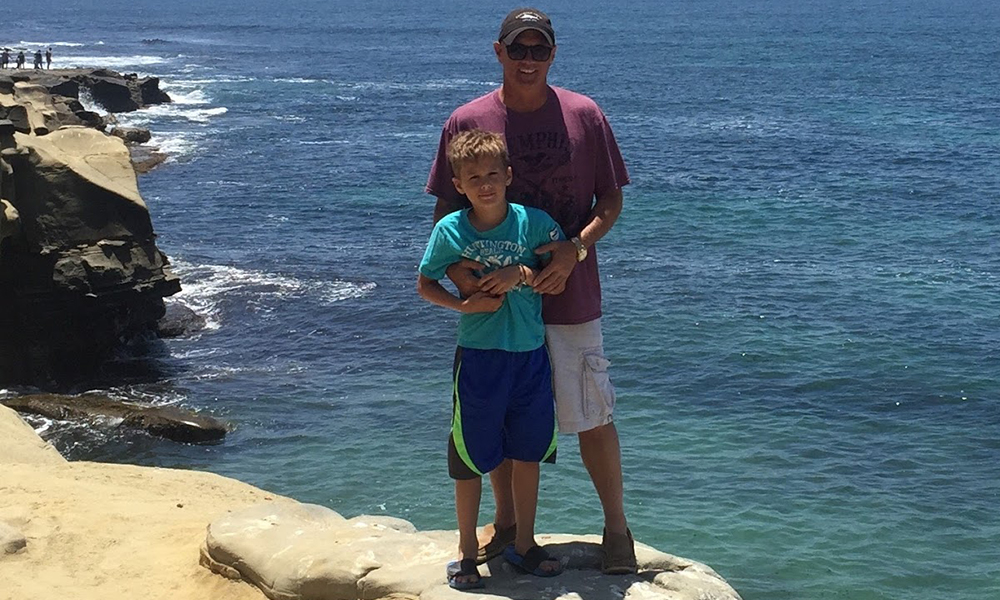 Steve worked part time for a local pool company while trying to make his mark in the music business, and that’s where he learned all about vinyl liner pools. “I came to realize that there are a lot of positives in the vinyl pools if you do them right. Too many contractors slam them in the cheap way, and so they end up cheap. We do a high-end version. Gunite is our main business but accounts for about 25-30% of what we do.”

Steve’s father died tragically in 1985, being struck by a drunk driver while helping a stranded motorist on the side of the highway. It was devastating to Steve who’d always been very close to his dad, especially considering that his first child was to be born a few months later. “I’ve never let myself hold any animosity toward the man that did it. I think I’d go crazy with hatred if I did that. I just feel like it was Dad’s time and God took him home. He was doing what he always enjoyed doing…helping out a total stranger.” Steve named the son born that year after his father, Danny. Steve’s had five kids altogether, ranging from his stepson Chris, Danny, daughters Angie and Abbie, and son Cale.  “I think I’m all done now,” Steve jokes, “That’s about all I can afford! But they keep me young and running.” 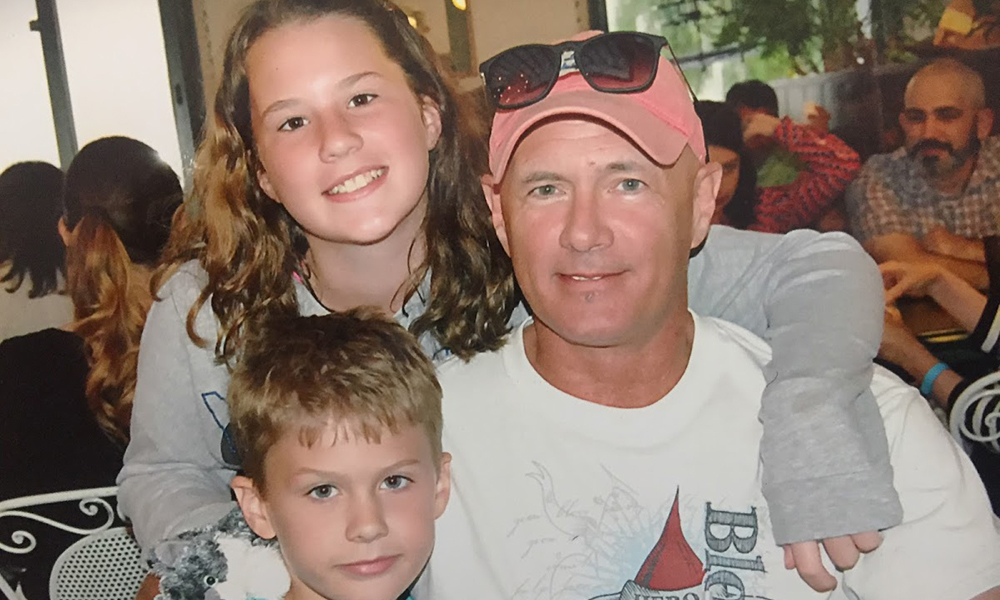 Steve’s mother, Audrey, still lives in the same house in Victoria, Tx that he grew up in. “She’s the rock that’s prayed me through a lot of near-fatal life lessons,” Steve says, “Good thing she’s got a lot of pull upstairs.”

Steve’s reputation as a pool builder in the middle-Tennessee area is second to none. He’s an accredited member of the Better Business Bureau, a long-standing member of the Association of Pool and Spa Professionals (APSP) as well as it’s predecessor NSPI, and is a bonded contractor, with a General Contractors license specializing in Swimming Pools with the Tennessee State Board.  Steve’s attended countless pool expos and product seminars to keep himself fresh and further educated on the latest cutting edge products and technology in the industry.  He has a long list of references he offers any prospective customer to feel free to contact, and a plethora of pools he’s willing to show to anyone considering his services. His pools have been featured in Nashville Home and Garden Magazine, and he’s won several prestigious state and national APSP Awards of Excellence for the top pool design and builds in the industry. 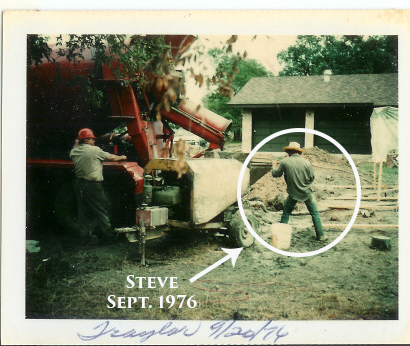